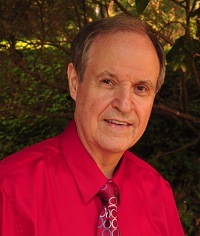 Jerry A. Gladson comes from Dalton, Georgia, where he was born and raised. He graduated from Southern Adventist University with a B.A. (cum laude) in Theology and earned his M.A. and Ph.D. in Hebrew Bible from Vanderbilt University. After pastoring churches in Louisville, Ashland, and Williamsburg, Kentucky, he moved to Nashville, Tennessee, where he began studies for his doctorate. After teaching religious studies at the college level for fifteen years, Jerry transferred his ordination from the Seventh-day Adventist church to the Christian Church (Disciples of Christ) and the United Church of Christ, where he also holds joint ministerial standing. Jerry has pastored two Disciples congregations, Garden Grove, California, and Marietta, Georgia and has served with the Regional Boards in two Regions. He is the author of twelve books, including Who Said Life is Fair? Job and the Problem of Evil (1985), A Theologian’s Journey (2000), The Five Exotic Scrolls of the Hebrew Bible (2009), and The Strangest Books in the Bible (2010). He is Minister Emeritus of First Christian Church (Disciples of Christ), Marietta, Georgia, and also serves as adjunct professor of Old Testament Language, Literature, and Exegesis at Columbia Theological Seminary, Decatur, Georgia, and adjunct professor of religion at Richmont Graduate University, Atlanta. Jerry is a lifelong student of American Christianity and has often taught courses in this field. Disciples history fascinates him, and he enjoys exploring it with interested students.

He and his wife, Laura, a licensed psychologist, have two daughters and four grandsons. In addition to spending time with their grandsons, they especially enjoy rummaging through old book and antique stores.

Register For This Lecture