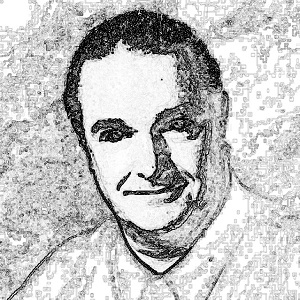 Bill Anderton is the Chief Executive Officer and Chief Scientist of TeleWorship Corporation and the founder of TransformingTheChurch.org.

TransformingTheChurch.org's technical architecture is Bill's design and implementation, including its public website, Connected Community, Virtual Classrooms and streaming media content. The systems include state-of-the-art subsystems for domain name services (DNS), content management systems (CMS) and content delivery network (CDN). Our Dynamic Course Catalog and its secure Registrar and Bursar systems are of his design. He also designed our video workflow, video mastering standards and video encoding profiles. He is the Producer/Director of all of our videos and courseware and functions as the webmaster of our website.

Bill is a career technologist and information scientist.

Bill has an extensive professional career leading both advanced technology teams building and operating infrastructure as well as creative teams creating large amounts of the high-quality content provided by the technical infrastructure.

Formerly, Chief Scientist and Senior Fellow of BroadbandNOW he is a nationally-known expert in broadband and fiber-optic communications networks integrated with high-speed information stores and optimized peering. In 1995, he conducted the demonstration of cable-modem networks for the U.S. Senate, House of Representatives and the Federal Communications Commission. Bill's demonstration,  accompanying testimony and consultancy were in support of "The Telecommunications Act of 1996," the law that deregulated telecommunications in the United States and began the communications revolution. After the passage of the law, he designed and rolled-out the broadband cable modem systems of one of the Top-10 MSOs (6-million homes passed in 29 states). He also built the country's largest onsite service provider (OSP). The OSP concept was invented by Bill from four years of personal research titled Codename CityNet for "islands of specialized real estate" such as master planned communities, multi-family housing and multi-use commercial properties. At BroadbandNOW, Bill was an investment partner with Microsoft, Nortel, Lucent, Liberty Media and GE Capital that collectively invested over $100-million into the $400-million venture.

As an independent technology consultant, he worked with the Department of Defense, the United States Air Force, and other federal agencies. Bill then became a Principal Consultant for Harvard Consulting.

Bill was Chief Technology Officer of Space Industries Telecommunications and Electronics Corporation (SITEC), a division of Space Industries International. SITEC designed distance learning systems for National Technical University (NTU), a consortium of 50 tier-1 universities such as the University of Illinois, Georgia Tech, University of Massachusetts, Massachusetts Institute of Technology, University of California at Berkeley, North Carolina State University, Purdue University, University of Maryland, Southern Methodist University and others. The project was funded by the Department of Defense and participating major US corporations. NTU delivered distance learning education in the applied sciences and engineering for accredited advanced degrees for workers in major aerospace and technology companies as well as in US government agencies. NTU supplied the platform, but the curricula were supplied by one of the participating universities, and the degrees were awarded by one of the host universities. Arthur C. Clarke, who not only envisioned communication satellite themselves but also using satellites for teaching, gave NTU's commencement address to the first six recipients of master's degrees.

Out of the NTU experience, beginning in 1988, SITEC also built the interactive portion of the Star Channels system, the distance learning platform of Kentucky Educational Television (KET) that provides K-12 education to hundreds of thousands of students each year as well as teacher development workshops. The resulting distance learning system won the Innovation in Government Award from the Ford Foundation, the John F. Kennedy School of Government and Harvard University in 1991.

Bill's personal research and development work of the 1970s and 1980s in information sciences for the rapid collection of information, information search and retrieval, synthesis of data into useful information and the rapid dissemination of its conclusions led to foundational applications for search engines and the web.

Bill is also an award-winning professional photographer, filmmaker and publisher. He has amalgamated his creative and technology interests by becoming a leading expert in streaming video services and content management systems. Throughout his career, Bill has found his creative arts to be a valuable synergistic addition to his field of technology and information science where content can often be king. The evolution of the Internet, the World Wide Web and social media has placed a premium on people who can unify both creative and technology fields.

Bill has just finished the manuscript for a new book on church journalism for the web that should be published in the spring of 2016.

Initially educated as a chemist and physicist, Bill discovered photography and journalism while at Baylor University and added another major to his undergraduate studies to broaden his education. As a student, Bill became Director of the Baylor Photographic Center and did his journalism internship at the legendary old Fort Worth Press in 1969, a Scripts-Howard daily newspaper, working under Bob Sellers, Publisher and Delbert Willis, Managing Editor.

Bill lives in Highland Park, Texas; a 100-year old independent township in the uptown heart of Dallas. He is a past two-term President of Central Christian Church (Disciples of Christ) of Dallas and ran their Technology Ministry and Worship Arts for five years. His wife Nancy is Facilities Director of Christ the King Catholic Church of Dallas and a former 20-year Postmaster with the United States Postal Service; most recently serving as the Postmaster of Addison, Texas. Before relocating to Dallas, Nancy was President of the New York chapter of the National Association of Postmasters in the United States (NAPUS) and their Legislative Liaison to the U.S. Congress. Their daughter Austin is a Senior in Highland Park High School and an accomplished student of ballet, video game design and computer animation. Their son Robert is a former Combat Engineer with the First Cavalry Division ("The First Team") based at Fort Hood and a veteran of Operation Desert Strike and Operation Intrinsic Action deployments. After serving ten years in the US Army, he now works at JB Hunt in Dallas.