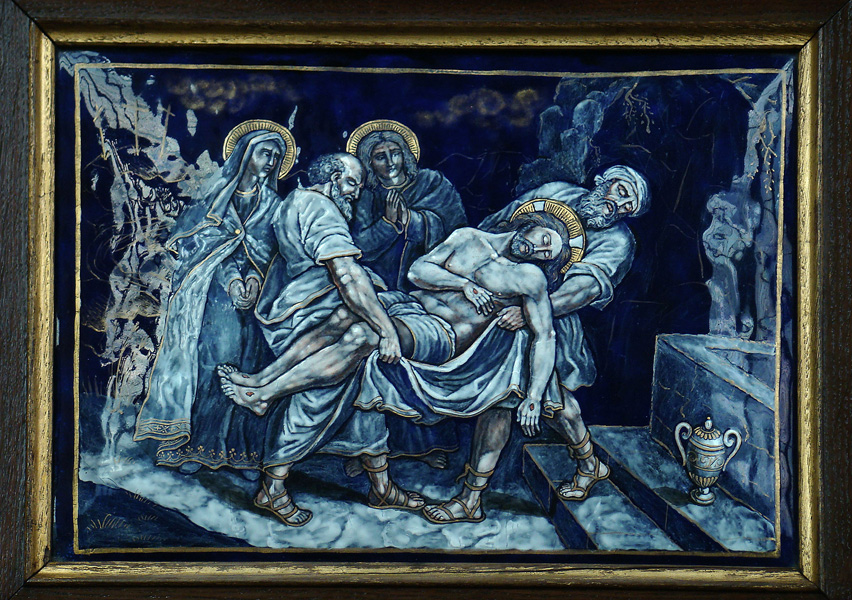 Jesus is laid in the tomb.

Jesus is Placed in the Tomb

When it was evening, there came a rich man from Arimathea named Joseph, who was himself a disciple of Jesus. He went to Pilate and asked for the body of Jesus; then Pilate ordered it to be handed over. Taking the body, Joseph wrapped it [in] clean linen and laid it in his new tomb that he had hewn in the rock. Then he rolled a huge stone across the entrance to the tomb and departed. (Matthew 27: 57-60)