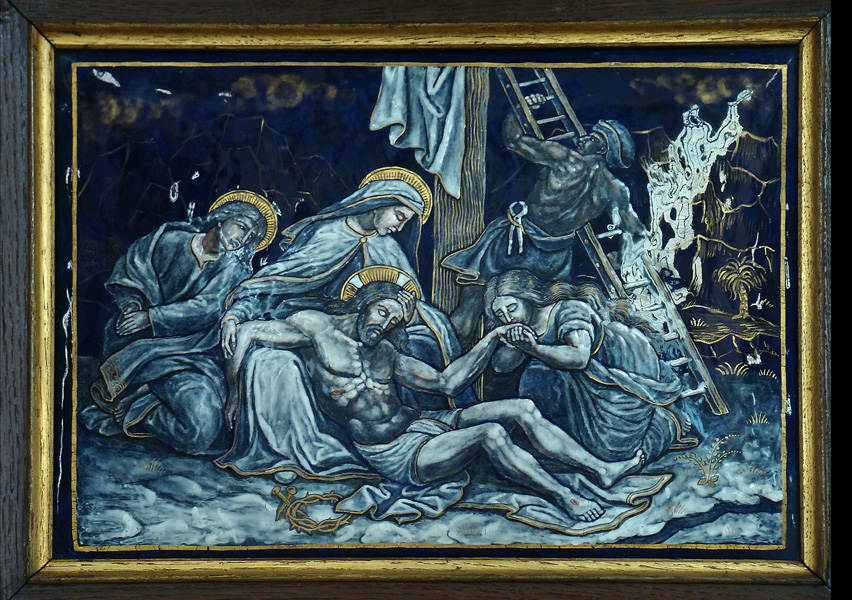 Jesus is taken down from the cross (Deposition or Lamentation).

Jesus Dies on the Cross

It was now about noon and darkness came over the whole land until three in the afternoon because of an eclipse of the sun. Then the veil of the temple was torn down the middle. Jesus cried out in a loud voice, "Father, into your hands I commend my spirit"; and when he had said this he breathed his last. (Luke 23: 44-46)