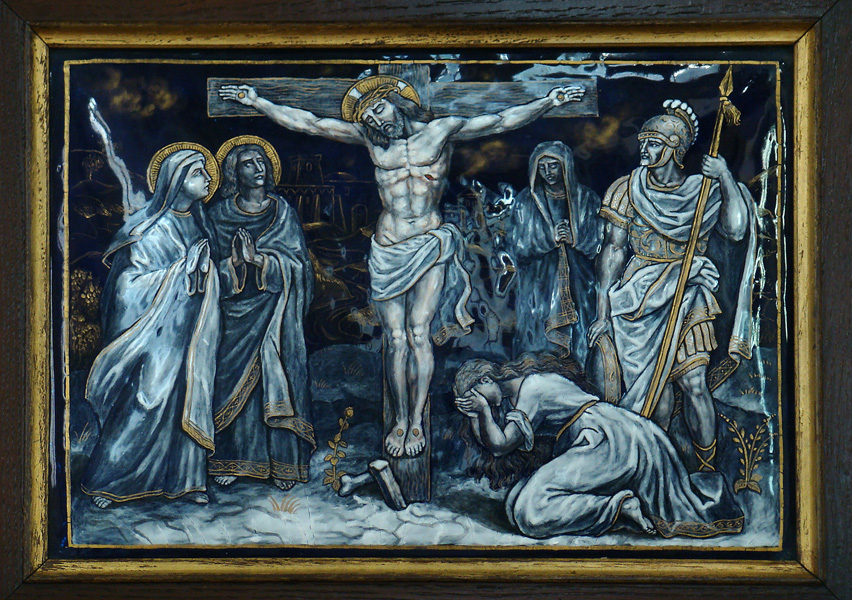 Jesus dies on the cross.

Jesus Speaks to His Mother and the Beloved Disciple