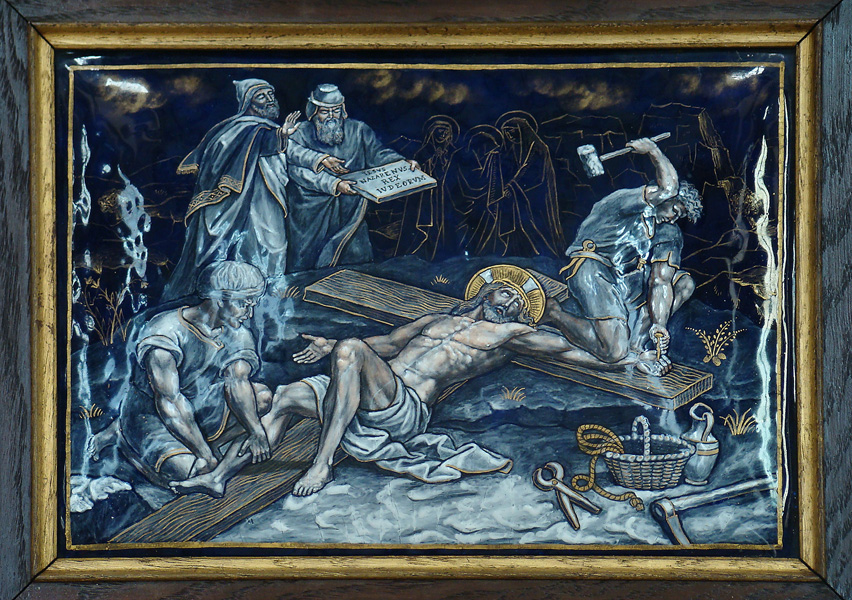 Crucifixion: Jesus is nailed to the cross.

Jesus Promises His Kingdom to the Good Thief

Now one of the criminals hanging there reviled Jesus, saying, "Are you not the Messiah? Save yourself and us." The other, however, rebuking him, said in reply, "Have you no fear of God, for you are subject to the same condemnation? And indeed, we have been condemned justly, for the sentence we received corresponds to our crimes, but this man has done nothing criminal." Then he said, "Jesus, remember me when you come into your kingdom." He replied to him, "Amen, I say to you, today you will be with me in Paradise." (Luke 23: 39-43)