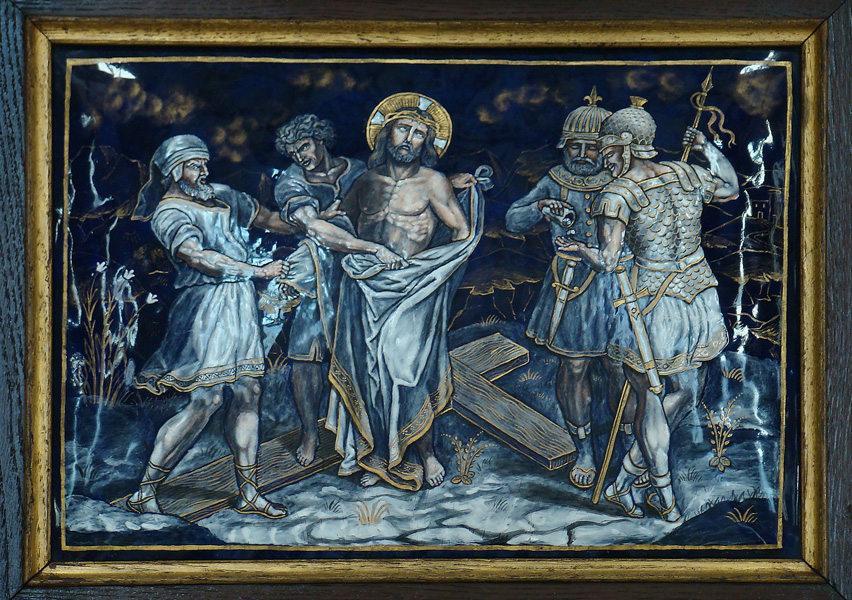 Jesus' clothes are taken away.

When they came to the place called the Skull, they crucified him and the criminals there, one on his right, the other on his left. [Then Jesus said, "Father, forgive them, they know not what they do."] (Luke 23: 33-34)