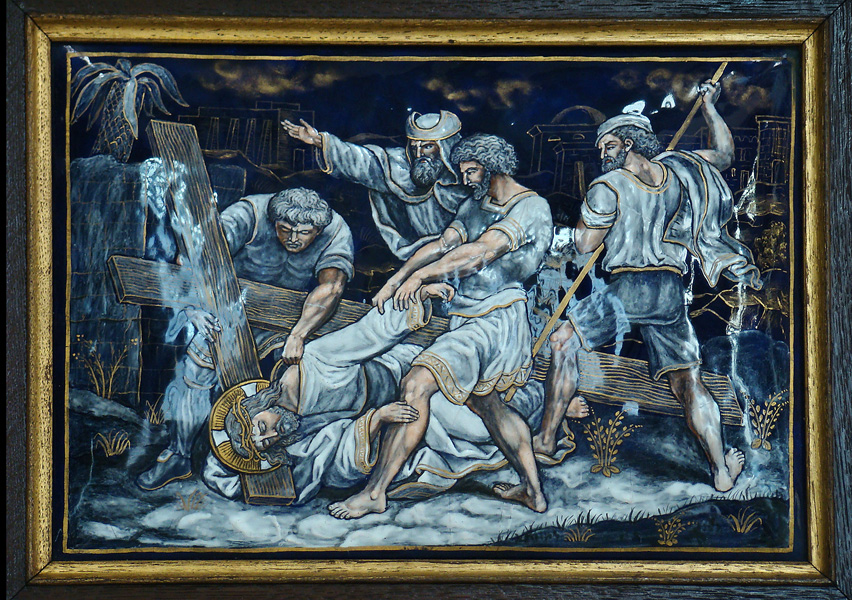 Jesus Meets the Women of Jerusalem

A large crowd of people followed Jesus, including many women who mourned and lamented him. Jesus turned to them and said, "Daughters of Jerusalem, do not weep for me; weep instead for yourselves and for your children, for indeed, the days are coming when people will say, ‘Blessed are the barren, the wombs that never bore and the breasts that never nursed.' At that time, people will say to the mountains, ‘Fall upon us!' and to the hills, ‘Cover us!' for if these things are done when the wood is green what will happen when it is dry?" (Luke 23: 27-31)