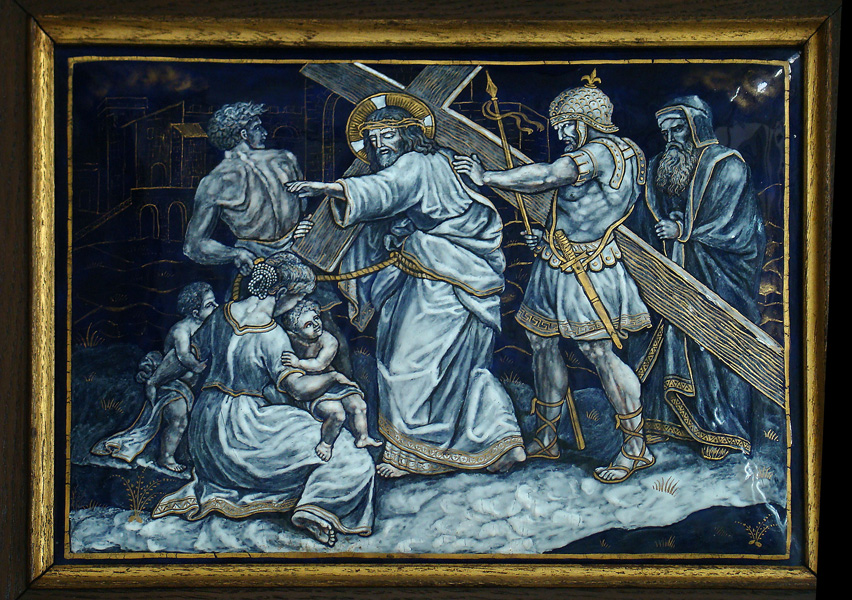 Jesus meets the women of Jerusalem.

Jesus is Helped by Simon the Cyrenian to Carry the Cross

They pressed into service a passer-by, Simon, a Cyrenian, who was coming in from the country, the father of Alexander and Rufus, to carry his cross. (Mark 15: 21)