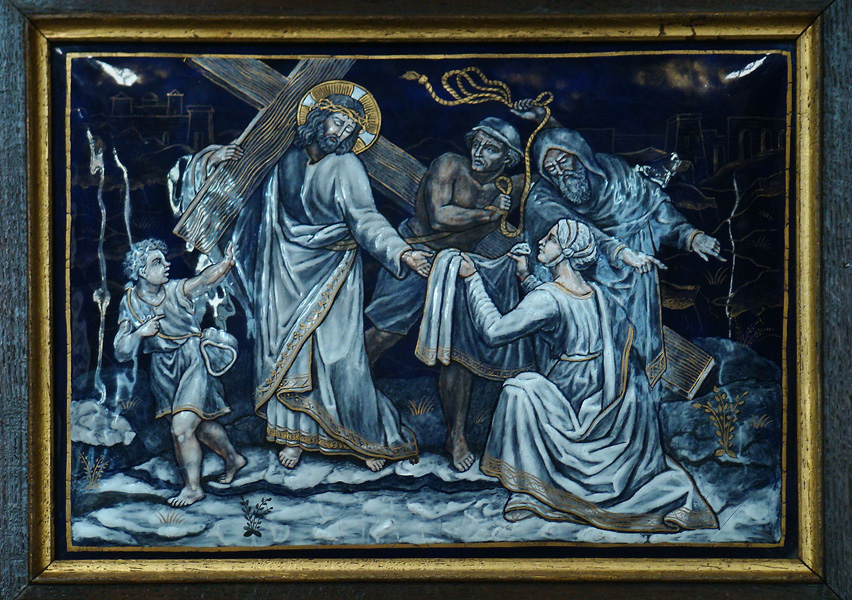 Veronica wipes the face of Jesus.

Jesus is Scourged at the Pillar and Crowned with Thorns

Then Pilate took Jesus and had him scourged. And the soldiers wove a crown out of thorns and placed it on his head, and clothed him in a purple cloak, and they came to him and said,"Hail, King of the Jews!" And they struck him repeatedly. (John 19: 1-3)