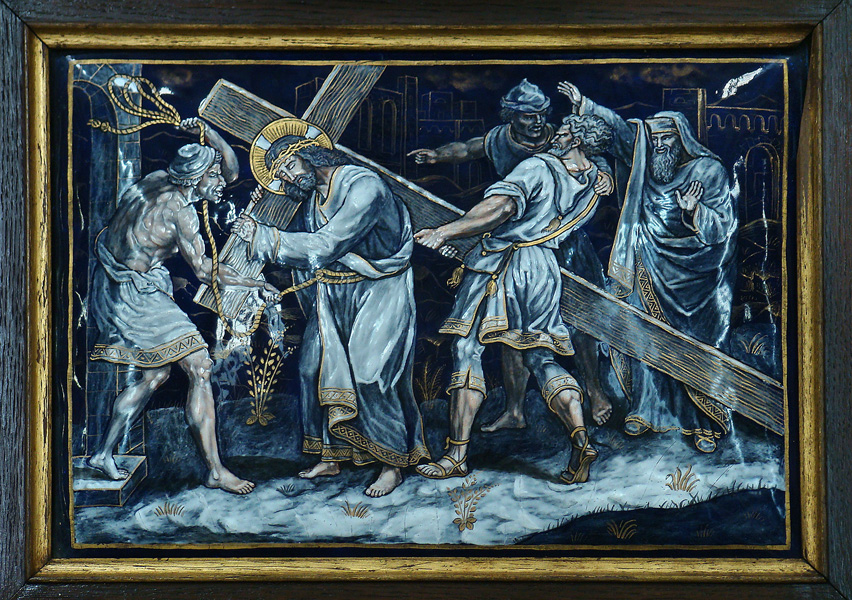 Simon or Simon of Cyrene helps Jesus to carry the cross.

Jesus is Judged by Pontius Pilate

The chief priests with the elders and the scribes, that is, the whole Sanhedrin, held a council. They bound Jesus, led him away, and handed him over to Pilate. Pilate questioned him, "Are you the king of the Jews?" He said to him in reply, "You say so." The chief priests accused him of many things. Again Pilate questioned him, "Have you no answer? See how many things they accuse you of." Jesus gave him no further answer, so that Pilate was amazed.... Pilate, wishing to satisfy the crowd, released Barabbas and handed Jesus over to be crucified. (Mark 15: 1-5, 15)