Why Are We Doing an Online Film Festival?

Asking why TransformingTheChurch.org is doing an online film festival of entertainment films, and not educational content, is a fair question with a couple of simple answers.

First, we need some traffic to try out our newly upgraded features of streaming media platform.

If you are visiting our website for the first time, we are a North American online distance-education site that serves multiple denominations of the greater Church in North America. Large amounts of high-quality video content are the core of almost all of our courses. Each of our courses typical consists of six to eight hours of professionally-produced high definition video. To support our video, we operate our own extensive streaming media platform.

We need lots of visitors and a high volume of traffic to fully exercise our newly upgraded video streaming platform as its final real-world trial before we place it on full production for all of our students. While tested extensively in our laboratories, nothing beats having a couple of thousand regular people in the real world using the system while employing almost every type of access device under the sun. 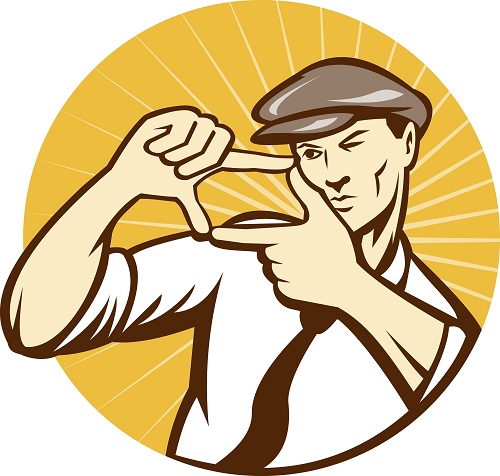 In today's environment, users have many different devices to use:

Taken together, there are thousands of different variables for end users' devices that will use our website and view our content.

We wish to serve all of them equally well. To meet this objective, we do extensive cross-platform testing. Even when we finish testing, nothing beats real-world experience.

Our new streaming media platform has been carefully implemented and fully tested. However, we would still like a "pulse event" to create a lot of traffic in a short period. We can collect statistical information about its performance across a broad base of users with all of the different types of devices they will use.

For this reason, our idea is to host a FREE online film festival open to the public for all of our students, friends and guests.

The quid pro quo is that you will get to see an hour of FREE, high-quality streaming entertainment. In turn, we will get traffic statistics on our new media platform so we can analyze its behavior before we fully deploy it into production.

The film festival will be the first time that the general public will use all components of our upgraded system. However, we are highly confident that the new platform can handle the load.

Our third reason for offering a public online film festival is because it will be fun. We will bring unique films to our audience that are likely unknown and unseen by many of you. Not all of our events have to be serious; we can also have some fun.

We will be featuring four unique short films that are obscure and never broadly released. All are multiple award winners at international film festivals. While previously seen in art houses and well known within certain film communities, these four films (“shorts”) have not been widely released. It is likely that they are previously unknown and unseen by most of our friends.

These films are general entertainment and not our typical educational video. They should appeal to a broad audience.

The Motion Picture Association of America has not rated the films, but they should be suitable for audiences of most ages; except perhaps very young children. One of the films does contain a scene of a highly emotional nature involving death but is no more intense than the death of Bambi’s mother in Disney’s Bambi. To its credit, the emotion of the scene also carries a worthy message about its situation and circumstances. Parents of small children should consider its intensity or view the film before screening this particular film for very young children.