Most websites merely pick up the media files supplied at the films' website and transcode them for use on their sites. While quick and easy to do, the source files provided are only of moderate quality; suitable for a blog perhaps or non-critical viewing, but less than optimal. The results of streaming these moderate-quality source files are not as good as they could be.

Unfortunately, the films' websites do not provide true intermediate master files in the proper mastering formats and using bit rates that are appropriate for masters (in our opinion.)

The moderate-quality files that are easily available are not suitable for a film festival. Festivals, by their nature, attract film buffs who appreciate, if not demand, the highest possible quality.

The situation presents an excellent opportunity to use our new media platform to add value to these films.

In keeping with our mission as the host of this festival, we will be presenting these film in exceptionally high quality using our new streaming media platform. Using the concept of open source, we have been able to get the original individual frames of all of the films and re-render each film into new uncompressed masters for all four films.

Using our new master files, we then used our new encoding farm to make Adaptive Streaming distribution sets for each film in eleven different bit rates and spatial sizes. We will be presenting the films from these new high-quality sources.

For the serious film buff, you may have previously seen one or more of these films, but not at this quality. The enhanced quality of our presentation files is our "added value" as the host of the festival.

Showcase for Our New Media Platform

Complex, highly-technical systems like our media platform requires more than just installing some hardware and software. Once finished building the technical platform, we have to learn how to use it as effectively as possible. This learning curve is steep, and there are lots of "hidden knowledge" for be ferreted out in trial-and-error processes. Also, this is far more than just a technical exercise, the media we are streaming (our courses and films) are art forms and that means our workflow is also an art form. We have to blend art with technology for the best results.

We have used the five films that we will be featuring in our online film festival in the alpha- and the beta-phase testing regime of our technical upgrade. Since our upgrade involves new encoders and enhanced encoding profiles, we need high-quality originals to test fully and tweak the quality aspects of our new system and our encoding profiles. Using these films has allowed us to exercise all aspects of our new platform, from beginning to end. Also, rather than just dull test targets and patterns (although we used these too), using these four films provides real-world encoding issues to test; things that test targets don't always do.

Real-world films also provide something interesting to see. After all of the work we did making the new masters and encoding them, we ended up with something worthy of being seen by the public rather just limiting the material to our internal review. By making these films public, you will get to see these fine films too. 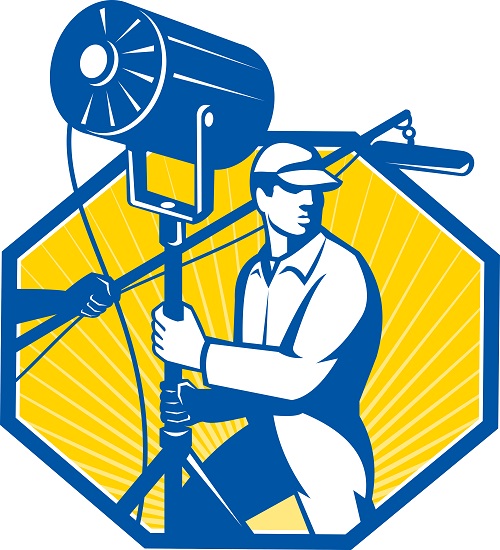 We needed to exercise our encoding and distribution technologies using source material of exceptional technical quality. To achieve this objective, we decided to build new clean, high-quality master files for each film using the same workflow that we use for editing and mastering our educational content.

We then made totally-new high-quality masters of each film by rendering each film without compression using very high bit rates (about 800-mbps); far higher that we could otherwise get directly from the films producers. The bit rates of our rendered masters typically one hundred times greater than we could normally get.

More importantly, these new masters have the full dynamic range of the original frames and full-color sampling. As such, these masters are identical to the masters that would typically be used in the theatrical release of any major motion picture.

Next, we produced intermediate masters using Avid's DNxHD format to preserve all of the information in the original uncompressed frames. Avid's DNxHD codec ("Digital Nonlinear Extensible High Definition") is a professional codec that is an implementation of Society of Motion Picture and Television Engineers (SMPTE) VC-3 standard. Both DNxHD and its sister DNxHR (for 4k) are our standards for the intermediate master. The codecs use intraframe coding that is good for both editing and encoding, yet the codecs still produce files of reasonable size for our workflow. The only problem with using a totally uncompressed workflow that the resulting files are huge and require specialized workstations to view. Since we typically work on long-form projects of multiple hours, an uncompressed workflow isn't practical. Therefore, intermediate masters provide some light compression to reduce the files to manageable sizes. While technically compressed and "lossy", the DHxHD codecs produce files that are visually lossless (compression un-discernable to the human eye.)

For the intermediate masters for all five films in the festival, we selected 185-megabits per second, 4:2:2  color sampling and 10-bits per pixel. These setting made very nice renditions of the original material.

Update: based on the work done for this film festival, we are now going directly from the uncompressed frames to the DNxHD intermediate master.  Going directly to the intermediate master from the raw source material has eliminated the need for uncompressed masters but still delivers identical quality. Experimentation like this shows the benefit of projects like the festival. We are continuing to experiment with the open source material. Future work will include working with a 4:4:4 color-space workflow as we prepare for our 4k upgrade coming near the end of 2015.

We used the intermediate masters to feed our cloud-based encoders. Better masters mean that higher quality encodings can be made. Encoding adheres to the garbage-in-garbage-out principle. Better originals going into the encoders mean better higher-quality output. Some of the things we have carefully incorporated into our mastering workflow (frequently overlooked in streaming media masters) has yielded enhance results:

The encoding process can treat its source material brutally. To get files sizes and bit rates small enough to transport over the Internet requires extreme compression, much of it to the determent of the quality of the source material. Feeding better higher-quality masters into the front end of the encoding process pays handsome dividends on what comes out at the other end.

These high-quality masters also provide excellent analogs for our editorial content. Since we produce our courses using professional cameras and an all-digital workflow employing careful best practices, our original productions yield excellent master files of very high quality. The masters we made for these five films are equal to or better than the quality of our original productions and provide valuable analogs for our testing and tweaking.

From the new high-bit-rate original masters, we have made new distribution encodings in eleven bit-rates and spatial sizes for each film, ranging from 264-kilobits per second to 8,692-kilobits per second (8.5-megabits per second.) The eleven files in the Adaptive Streaming file set will allow us to support anything from cell phones to large flat-screen high-definition displays.

Like our legacy platform, our new system continues to use Adaptive Streaming and will automatically serve the version with highest possible quality that each user’s device and broadband connection will allow. Also, our improved Adaptive Streaming will continue to be dynamic so it will adjust (both upward and downward) from an instant to instant to reflect conditions with each user's connection.

We have installed all of the distribution files into our new online storage system that is, in turn, connected to our global content delivery network for viewing our videos from anywhere in the world. A high percentage of the human population of Earth is within 60 milliseconds of a video server and a goodly number of them within 20 milliseconds. When you connect to view the film festival, our new system will determine which of our 53 data centers, located all over the world, can best serve you with the shortest latency time. Calculations will also consider local demand loadings and any localized network congestion. Each of you, regardless of where to are located, will view your film-festival session from CDN servers relatively close to you and with the highest possible performance.

On the weekend of the film festival, viewers from all over the world will be invited to watch these unique films. We will be able to support any number of viewers who can be using almost any type of device (desktops, notebooks, tablets, smartphones and high-definition television sets.)

We not only used the films in our initial testing, we will continue to use the masters to test any new tweaks that we typically make to our encoding profiles from time to time. We continuously seek ways to improve our encoding and using the same masters for testing over time provides a baseline for comparison.

Later this year, we will remaster these films yet again into 4k masters for our anticipated move to a UltraHD workflow as our new and improved production standard. UltraHD (3840-pixels x 2080-pixels) has four times the pixels of 1080p high-definition (1920-pixels x 1080-pixels) which is our current production standard. The producers of the films are generating new frames for the new standard. We already have the 4K frames for two of the films and expect all of the films to be re-imaged shortly. When we have all of the films, we will produce new masters for UltraHD and use them for our upgrade testing at that time.

The film festival will allow us to reap some additional benefit from the work we performed in our mastering and testing process by letting our users view the films and get some hands-on experience with the new system.