From Little Acorns is the only film in the festival that is not purely open source. However, it shares many of the same traits. The film was produced as a pro-bono project (a freebie) so it had no budget. Therefore, it shares the first common trait of all open source films of lacking any significant production funds and therefore having to do a lot with a little. All of the production expenses for this project were donated. The project was community-centric and all of the creative work was performed by volunteers as a public service. This film uses both live action photography and photo-realistic 3-D animation to illustrate the old English idiom, "mighty oaks from little acorns grow." The general idea was that great things may come from small beginnings. 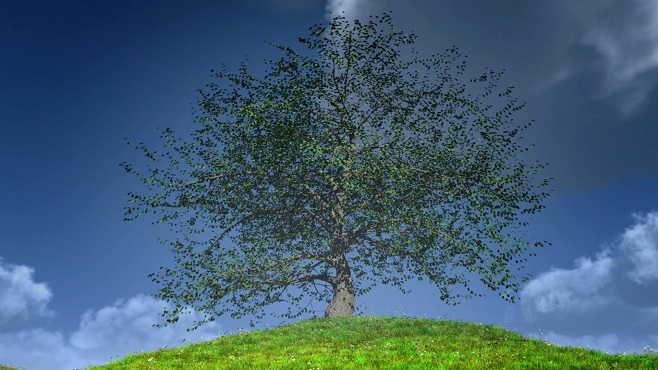 This film was produced to support the application of the Town of Highland Park, Texas in Google's Fiber for Communities project.

From Little Acorns was premiered online on March 26, 2010, the date HP filed its application with Google.

From Little Acorns is the only film is this series licensed for display in this festival under the traditional copyright. Because this film represents a municipal community, it was copyrighted so the producer could control the ways and places it is displayed. However, it is always licensed freely. As long as the film is shown intact and in a suitable venue, the producer allows it to be shown without a fee. While this approach goes against the open-source tradition, it is understandable considering the film's background and purpose.

As a resident of the township and an optical network expert, Bill Anderton volunteered to write Highland Park's application for the competition and build a public website in support of the application. Bill produced this film to be the featured piece of content on the website and also to be featured on Google's YouTube website. In addition to being a filmmaker, Bill was also a long-time member of the Association of Computing Machinery's Special Interest Group in Graphics (SIGGRAPH) and has a love of animation. For this project, he selected a blend of live action photography and 3-D animation to illustrate the old English idiom, "mighty oaks from little acorns grow." The general idea was that great things may come from small beginnings that can significantly impact people.

"Having spent a significant part of my career designing and building broadband community networks and the national optical core networks that support them, I really want fiber-to-the-home service to come to my own community," said Bill. "Carriers typically only extend fiber networks just to the neighborhood level to provide their broadband services. Taking optical networking all the way to the home is the next logical step. Highland Park and University Park served as my test bed for a national deployment of cable modem services in 1996 for a national cable operator. Many of the same strategic and tactical dynamics for their selection as a trial site then should still apply for Google's effort today. We welcome Google to the community and hope that we are selected as the site for their trial."

At the time, people were doing crazy things to draw attention to their cities in what turned out to be a wild competition. Instead of the mayor getting a Google tattoo or renaming the township (just to mention a couple of the wilder things that were done), HP wanted to make a direct and sincere statement. The hope was that such a statement might endure much longer during the selection process rather than doing some cute publicity stunt that only produces a soundbite and is a "flash in the pan." Therefore, this film was produced to run on Google's YouTube website and the community-support website set up for this effort.

In keeping with the "mighty oaks from little acorns grow," fiber optics to the homes of the township would naturally spawn many great things; particularly among the children of the community. One of the strengths of Highland Park's application was that HP is the most "kid-dense" area of Texas with more K-12 children per square mile than any other community in the state. HP is widely known for extremely strong and highly ranked public schools. HP is fertile ground for the high impact resulting from fiber to the home.

Bill ask his friend and local creative director, Nick Seeley, to score the piece. Nick wrote and produced a sweeping majestic score than follows the rapidly growing tree. The first part of the score evokes the busy, industrious grow phase that transition to the majestic mature tree. He also arranged for Brian Mathis to voice our script. Nick and Brian generously donated their work to the project. Nick said, "I'm really happy to be involved and excited to see what this technology can do for the community."

Natural environmental sounds from an empty meadow were digitally recorded and used to bookend the tree growth segment and the musical score.

The whole project came together very quickly. There was only a week to do the detailed formal application, make the website and produce the film. There were a lot of late nights, but the whole project was delivered four hours before Google's deadline.

Having fought the good fight, Highland Park, alas, was not selected in the first round of the Google competition (Kansas City won), but all was not lost. HP was selected as one the first three communities in the country for AT&T's fiber-to-the-premises national roll out. Since the Fall of 2014, all of the residents of Highland Park have been able to get the gigabit-per-second AT&T service. Closing the circle, Bill Anderton was able to order the gigabit-per-second fiber service the day it was offered for sale, and it was installed a week later.

We include From Little Acorns in this film festival as a reference comparison for our new streaming media platform and our second-generation implementation of Adaptive Streaming.

This film has also been used on this website as a streaming media example to test our encoding for the last three years, including a permanent page in our public website for testing purposes. It also served as our standard reference sample for our initial roll-out of Adaptive Streaming two years ago.

Because of the high-resolution details in the leaves, grass and plants, combined with their motion throughout the sequence and the color sweep of the sky, this master file is  a very good encoding test. In fact, this is a tough master file to encode well; it is an encoding torture test, ideal for testing the entire workflow from encoding to Adaptive Streaming.

We included this film in the film festival because it debuts our next-generation Adaptive Streaming. Using the same film for comparison provides continuity. The film has been re-mastered and encoded on our new media platform. As presented in the festival, the new version of the film will provide a frame of reference for the performance of our upgrade for all of you who viewed the old version.

From Little Acorns is still a great test of encoding and Adaptive Streaming. "I didn't set out to make a film that was tough to encode, but it did work out that way," said Bill. "The story that I want to tell, using the tree and meadow as a metaphor, yields a lot of highly dynamic details and is a torture to encode. Originally, since I was encoding the film myself, I simply took extra care, used multi-pass encoding and hand optimization. For the last few years, because of the improvement of encoders and codecs, I haven't had to hand-craft the encoding anymore. What you now see is simply the output of our standardized fully-automated encoding process. I'm very happy with the new cloud-based encoder farm. I used 'From Little Acorns' again to test and tweak my new encoding profiles for the new encoders. When finished, those profiles were used to encode all of the films you see in this festival, as well as all of our educational and distance-learning media."