For links to our films and other information about the festival, see the buttons in the sidebar on the right side of the page. We are presenting four short films for your enjoyment and to showcase the open film movement. Instead of our usual serious educational videos, we're presenting these entertainment films just for the fun of it. We have a very large and capable media platform, we occasionally use it for extracurricular entertainment. Enjoy!

The film festival was a great success. During the run of the two-and-a-half-day festival, we fielded almost seven-thousand requests to view the films being presented.

We are reprising the film festival just for the fun of doing it again and to provide some online entertainment for our students and visitors.

This is a totally online festival. We are presenting the festival's films via high-quality Adaptive Streaming Media Services. Details can be found via the buttons in the sidebar to the right. All you need to participate is a broadband connection and a web browser.

Our online film festival is FREE and open to anyone as a public service.

The Films Being Presented

We proudly present all five films in our first online film festival. To screen the films, click on the links above or use the buttons found in the sidebar.

All four films and all of the software used to make these films are free, open source or very low cost. Also, the four of the five films being presented as well as all of their work product are also open source and freely available without licensing fees. The films are free to display anywhere.

The fifth film is "From Little Acorns" (2010), which has been carried on this website for the last three years as a reference test of our Adaptive Streaming capabilities. For the film festival, it has been re-mastered and re-encoded using our new media platform. It is shown here as a reference sample of the capabilities of our new platform for our current students who have seen this sample from our old platform (which was very good but has been surpassed by our new one.)

Sunday night, March 8th, after live viewer voting closed, we awarded the Festival Governors Award and the Viewers Choice Award. The festival's Governors Award was granted by the Governors of the Illudium Film Society who are all film buffs, film historians or film curators. Votes from viewers cast during the run of the festival decided the Viewers Choice Award. The straight number of file views determined the Most Viewed Award.

Originally, we are presenting the online film festival just for the fun of hosting it and as a full-scale production test of the new media platform and content delivery network (CDN) we just finished implementing. We used the traffic from the festival to get operational data from the performance of our media platform. However, all of that was behind the scenes. We simply wanted our users to enjoy the films being presented. 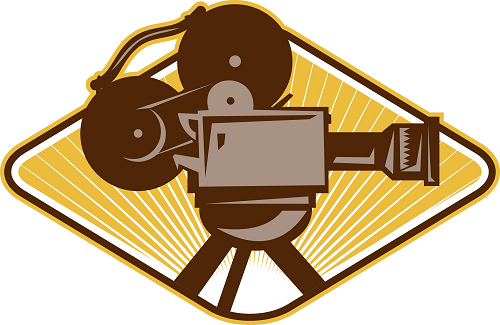